When I was writing the fifth issue of Batman: Kings of Fear, I decided it was in character for the Scarecrow—or, really, Doctor Jonathan Crane—to slip into a bit of French, perhaps channeling his fellow doctors, Frasier and Niles...Crane. (COINCIDENCE? Highly unlikely.)

But going over the lettering a few years later, I realized that the google translation I'd utilized when first writing the script might not be 100% reliable. (Please don't disappear me for impertinence, google.) So I went to an expert to have my slapdash French translation verified, someone who'd grown up speaking French, sometimes in French-speaking countries: my awesome nibling, Sam.

And thusly I was absolutely positive that my Scarecrow was suitably pseudo-intellectually flaired. 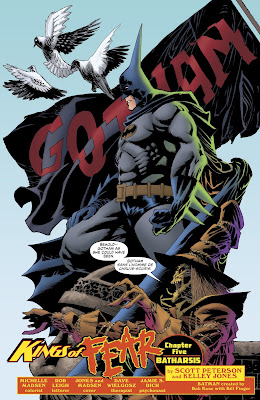