Chuck Dixon: From Comics to Novels 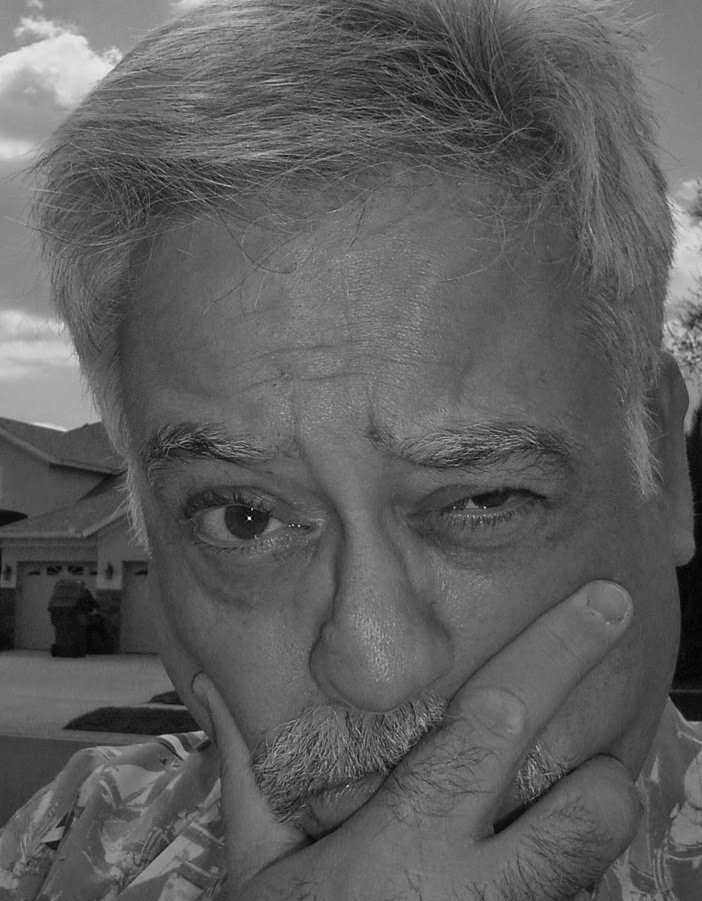 Chuck Dixon is recognized across the industry as the most prolific writer working in comics today.

His résumé includes thousands of scripts for such iconic characters as Batman, Superman, Green Lantern, Iron Man, the Punisher, The Simpsons, SpongeBob SquarePants and GI Joe.

He is (along with artist Graham Nolan) the creator of the Batman villain Bane, the first permanent addition to the Dark Knight’s rogues gallery in forty years and for which he won 1993′s Wizard Fan Award for best new character.

An early pioneer in the movement for creator ownership of comic book properties, Chuck is also the creative force behind Lawdog, Sigurd and Slasher, Invasion ’55, The Vanishers, War Man, Seven Block and comics cult classic Winterworld.

Dixon was nominated for an Eisner for El Cazador, a pirate epic created for CrossGen comics with Steve Epting.

Along with Jordan Gorfinkel, Chuck created the successful comics series Birds of Prey for DC Comics which was developed for television by Warner Bros.

Currently, in addition to writing GI Joe for IDW and The Simpsons for Bongo Comics as well as various other projects for comics and motion pictures, Chuck has launched the science fiction novel series Bad Times. The third installment, Avenging Angels, is now available. 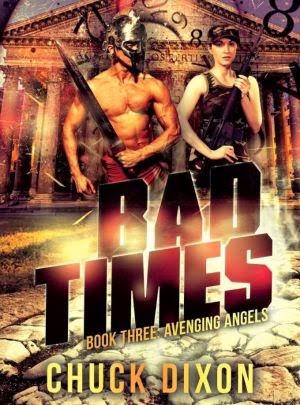 
Chuck was almost the first professional comic book writer I met. We worked together on (among many other things) Detective Comics, the flagship title of DC Comics, as well as the birthplace of the Batman. I talked to Chuck recently about moving from comics to novels.

So. Chuck. After 25 years as one of the most prolific comic book writers in the entire industry, writing not only the graphic novel adaptation of The Hobbit but also hundreds of stories for Batman, you've turned into a self-published novelist.
Actually, I prefer "raconteur-at-large."

Of course you do. What was the hardest part about transitioning to prose?
No artist!

What, if anything, was a pleasant surprise or change?
No artist!

Okay, some joking aside, I had to learn to write real descriptive stuff—actual wordsmithing to create a picture or environment in the reader’s head. In comic scripts I'm describing stuff for the artist to draw. It's informal and sometimes repetitive. "Nightwing jumps again." That won't fly in prose. So I had to put more description in my work. Not too much at first. Then, when I realized I was twenty thousand words short of my contracted length, a whole lot more.

The most pleasant surprise was that novels aren’t like comics in that you don’t have to end on The Big Moment. You’re allowed a denouement. But I still allow myself only brief ones.

"Novels aren’t like comics in that you don’t have to end on The Big Moment. You’re allowed a dénouement."


Have you found that, now that you're self-pubbing prose novels, you're able to write stories you wouldn't have been able to tell in comics?
In comics I've always tried to hold myself to a PG rating, particularly with superhero stuff that attracts kids. And I'm not really into writing comics that have skeevy or gross-out imagery. My target audience there is a precocious ten-year-old. In prose I'm not as restrained. For my novels, my target is a felon doing hard time with limited choices in reading material. I can be more expletive-laden and what my wife likes to refer to as "frank" in my writing.

"My target audience is a felon doing hard time with limited choices in reading material."


Do you have a daily writing routine? Anything you do to get into the groove?
With comics it’s a lot of walking around and a little typing. An actual workday of six hours or so. With prose it’s an all-day, all-night ordeal and then trying not to sneak back into the office on weekends. It’s like a marathon only with a lot more napping.


You were known for being insanely prolific as a comics writer, averaging 8 pages a day at a time when 4 or 5 pages would have been a really good day for most writers. Now that you're working in prose, do you have a daily page count or word count you try do hit?
I'm averaging about 10,000 words a week. On a good week.


How much do you think about your story away from the computer?
Constantly. My Bad Times series involved time travel and paradoxes and parallel events. I’m constantly having further paradoxes and complications occur to me and then working back to make sure they fit. My wife insists that writing that stuff makes me schizo. I can’t argue with that even though the little voice in my head insists I should. But what does he know? He hasn’t been born yet!


Do you outline, even in your head—do you know where the story's going to end? How much do most of your stories change along the way?
I hate writing outlines. I’m about the same age P.G. Wodehouse was when he started outlining. So maybe I should start doing that. His excuse was that he was being held prisoner by the Nazis. (It’s true! Look it up!)

I know my Big Scenes. I know what I’m working toward. What changes the most is the layering on of character and event detail. There’s no room in comics for anything but the broadest storytelling (if you’re doing it right). To dig in on stuff like dialogue sequences and internal stream of consciousness is all brand new to me as a writer and I’m more comfortable with it after almost ten novels.

I also get to delve into geeky detail bits like the pseudo-science or some obscure historical detail. Do readers dig those parts or am I going all Melville on them? Cetology, right? Who cares? They can skip those parts if they like. But, if I can believe the reviews, the readers are digging them.

How has self-publishing gone? Is it odd to be on your own?
It’s turned out not to be as scary as freelancing. With series work the more books I add to the series the more I earn. It’s like a reverse Ponzi scheme. With each new addition the earlier books sell more. The payments are monthly and add up to decent money annually. But I still have to put the work in. That’s never bothered me.

"With series work the more books I add to the series the more I earn. It’s like a reverse Ponzi scheme. With each new addition the earlier books sell more."

What's the best part?
Just making stuff up wholesale. I miss working with a good editor and the back and forth of that. But I don’t run into that many good, interested, engaged editors these days. And after experiences with producers in film and TV I want to run away and write in a cave.

Oh, and I own it. I mean OWN it with no encumbrances.


What's the least great part?
Marketing myself. I hate that part.


What do you do about the technical side of things? Proofreading, editing, formatting for ebooks, and covers?
I have an editor, JW Manus, who proofs and formats for me. I send Jaye the files and she sends back a proofed version in Word. She always finds a few awkwardly constructed sentences that she, rightly, suggests I fix. In my most recent book she suggested that I eliminate a couple of sentences that were either redundant or telegraphing too much. Since she's the first reader of the work other than me I always go with her direction. Jaye's not my editor in the truest sense of the word because I'm not really looking for story editing, just content. But she's made observations that were very helpful and one that led to a new running subplot that will lead to an entry in the Bad Times series all its own.

Once that part is done she formats the book and I look over that version before sending it off to Amazon.

The covers are handled by Derek Murphy who does ebook and Print-On-Demand covers full time. I give him the elements I'm looking for and he has something for me to look at in a few days. Since it's a series the covers have a tight format that he came up with. It's just a matter of filling in the two figures that are always prominent on each cover.


Sounds like you're pretty happy with the way things are working. Would you be open to writing for a traditional publisher?
If they backed up a truckload of money or promised a big marketing push or both? Sure.


Titans or X-Men?
Batman and the Outsiders.