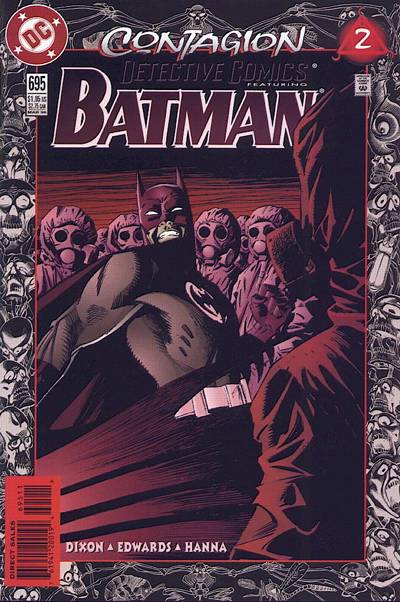 Just the other day, Darren Vincenzo and Jordan B. Gorfinkel mentioned in our ongoing chat that we were really quite prescient with the Batman: Contagion storyline we worked on back in 1996. And what should pop up the very next day but this fine article from the ever fine Gotham Calling site?


[...] a storyline where the Dark Knight ends up fighting a disease—that is to say, a villain without motivation that cannot technically be outsmarted and certainly cannot be punched or kicked in the head. In part, the whole thing worked at the time because, under the remarkable editorship of Dennis O’Neil, writers Chuck Dixon, Alan Grant, and Doug Moench had been fleshing out Gotham’s population and institutions for a while, so it was fun to see all these familiar characters deal with the challenge at various levels. It’s one of those tales in which the city itself is the protagonist!

That was indeed our exact point. As with the subsequent Cataclysm storyline, we specifically set out to explore what happens with the Batman and his allies run up against enemies they cannot physically fight, who aren't interested in outsmarting or humiliating them—who aren't really interested in them at all, because they're not human (nor alien).

It all started when Darren, who loves books like this, was the first one to read The Hot Zone and insisted the rest of us did, which we of course did. Not long thereafter, Catwoman penciller Jim Balent came in for lunch and casually mentioned that it'd be cool if part of Gotham were totally destroyed, how there'd be a lot of good story material there. A few months later, at one of our annual Batsummits, that idea was brought back up, and Darren suggested combining it with some of the stuff we'd learned from The Hot Zone and voila: a Contagion was born. 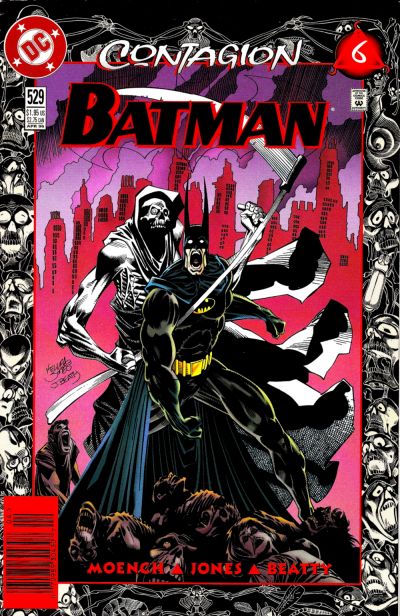 Why is this old crossover storyline on people's radar again? I couldn't possibly begin to guess.
Posted on Thursday, March 12, 2020