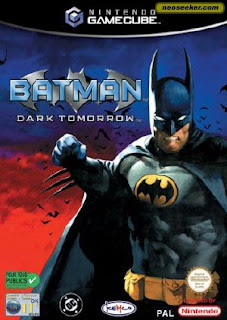 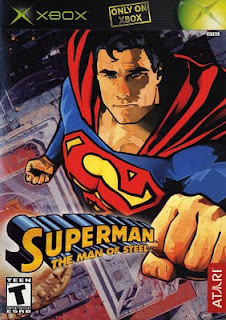 Here're the cut scenes I wrote for Batman: Dark Tomorrow. Whereas I was only brought in near the end of the Superman game to just write dialogue for cutscenes which had already been plotted for a game which was nearly complete, I was there from the very beginning of Dark Tomorrow. The overall plot for the game was my idea, and the cutscenes were pretty much entirely me from beginning to end: I indicated in the game plan where they should go, and then I wrote the scripts for them as though they were little animated shorts...which is, of course, what they were.

With the exception of the very first cutscene, with the not-at-all mysterious mysterious figure—which was added later and which still wounds my soul a little, for I am a delicate flower and belong under glass lest I catch cold—I'm still really happy with the way these came out.

And here's the aforementioned Superman game for which I only wrote the cutscenes (and the various bits of dialogue for when characters get punched or have to yell a rallying battle cry):

I never actually saw any of these until about a year ago. But I never forgot about the fact that I got to make Clark Kent say "Novosibirsk." I mean...that's an achievement, that is.

All Comments
Header art by the great Mike Parobeck.